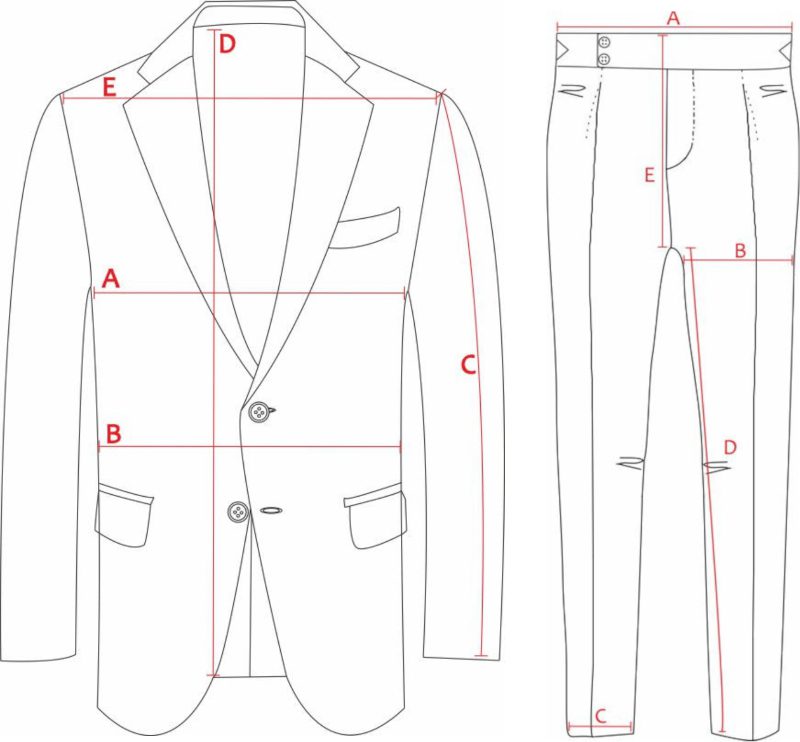 If you are not sure what size you have or should choose, measure your favorite piece at home and compare it with the measurements above. Below you will find a description of how we measure:

TAKE THE MEASUREMENTS ON YOUR GARMENTS, NOT FROM YOUR BODY 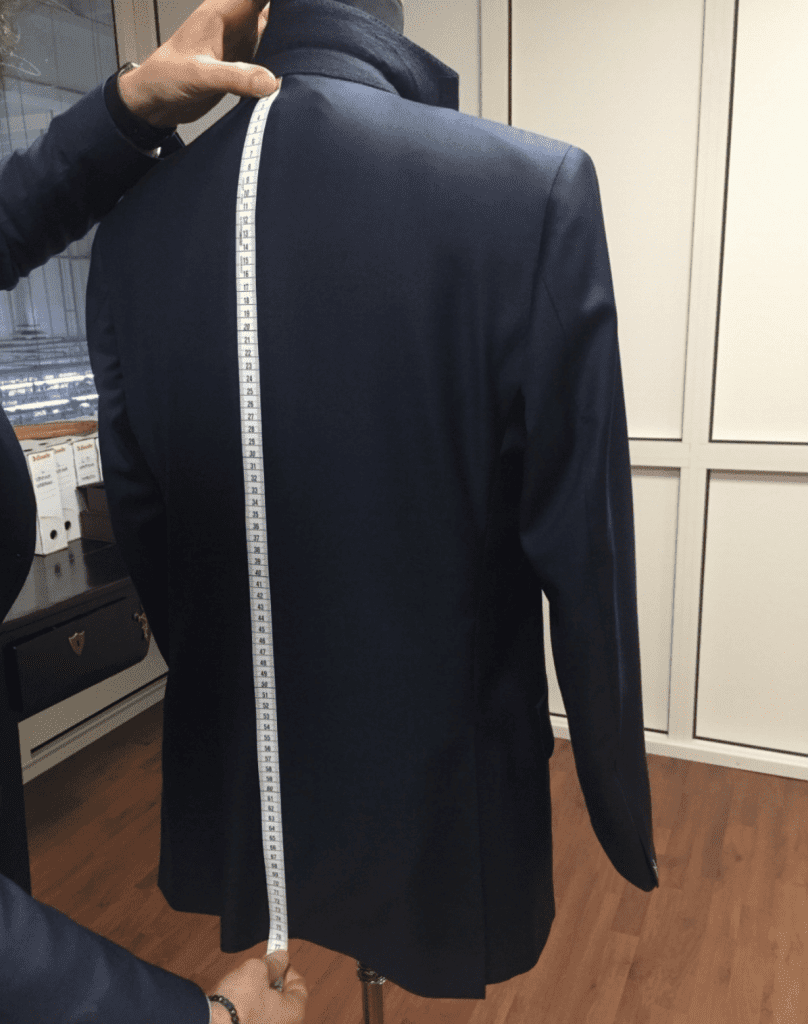 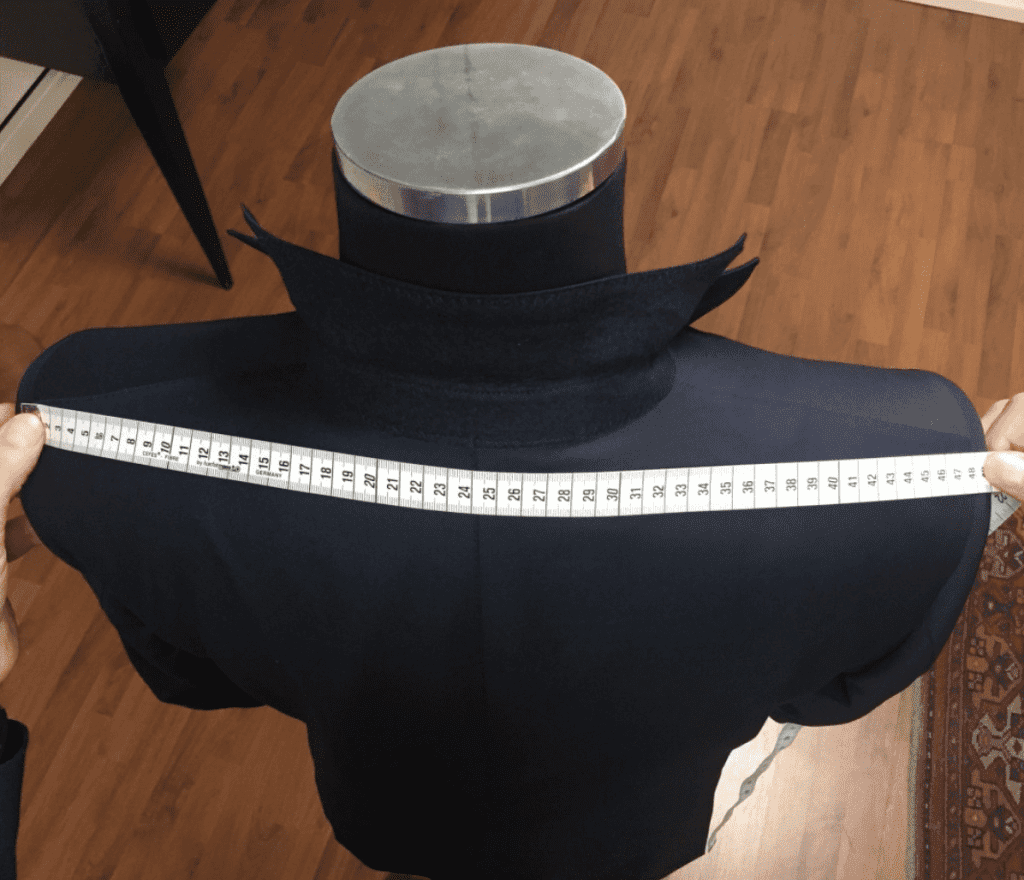 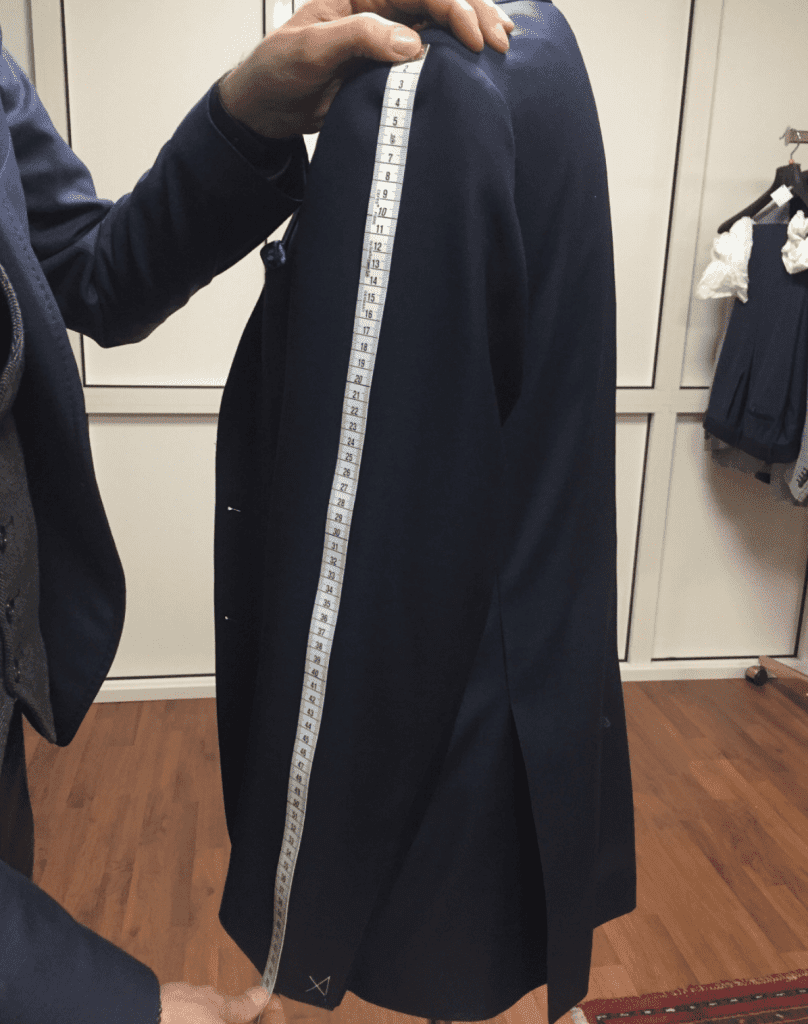 ×
Delivery fendo.ch offers shipping worldwide with Tnt, Fedex! The delivery time differ between countries, you will see the total delivery days for our different services when you enter your address in our checkout. We always pack your order the same day or the day after you have ordered (business days only). Please note that during peak period there might be slight delays in delivery time. Delivery notification We send out a delivery notification to your applied email as soon as your order has been received by our warehouse (no later than 1-2 business days after your order has been placed). If you haven’t received a delivery notification 2 business days after you ordered, please double check that it has not ended up in your trash inbox. If not, contact us at info@fendo.ch and we will help you further. Change delivery address Please contact us immediately at info@fendo.ch if you have entered the wrong delivery address on your order. Unfortunately, we can’t promise that we will have time to make your desired adjustments, but we will help you as best we can. We kindly ask you to always double check the address before completing your order. Where is my order? Once your order is shipped from our warehouse, you will receive a tracking link where you can follow your order on its way to you! If you haven’t received a tracking link 1-2 business days after placing your order, contact us at info@fendo.ch and we will help you.
RETURN

×
Return Refund Policy Thanks for shopping at Fendo.ch If you are not entirely satisfied with your purchase, we’re here to help. Notice: we are only able to exchange products for the reason of (color, size, model and…) Returns Is something wrong or have you changed your mind? You can exchange unworn, unmodified products within 14 days of delivery. Unfortunately we do not offer free returns worldwide at the moment. Process your return online at our email address info@fendo.ch sending us your order information, selecting the item (s) you want to exchange. As soon as your return has been processed in our warehouse, we will exchange your order or give you the full purchase price with the Fendo Gift Card within 2-3 working days via the Email you used for your purchase. Exchange items will be sent to you within 2-3 working days after we have received your return. To proceed with a return/refund; fill out the return sheet & simply send back your product(s) from your order to our main office and central warehouse, address below: Address : Undermülistrasse 24,8320 Fehraltorf Shipping You will be responsible for paying for your own shipping costs for returning your item. Shipping costs are non refundable. If you want to send your products back it is only possible with exchanging it, the cost of return shipping will be on our customers. Contact Us If you have any questions on how to return your item to us, contact us.

PARIS dark blue two-pieces single breasted suit is one of our most popular products, which, along with its wonderful fabric and stitching, has established a special balance between modern and classic mode, and in terms of appearance, has been able to attract the attention of esteemed customers of Fendo Shop.

PARIS dark blue two-pieces single breasted suit is made of first-class fabric, which in addition to the beauty and excellent sewing quality, you will feel comfortable when wearing this suit, and without a doubt, this is the first thing that will satisfy you.

This suit is one of our special products, which uses a lapel collar in this model, and can be an attractive and different choice for the fashionista. This type of collar, which has its own fans, can be an option due to its special appearance. Suitable for use at all ages.

In designing PARIS dark blue two-pieces single breasted suit buttons, the design of two buttons has been used, which can be considered as a standard suit,and it can always be a suitable choice for all formal and informal gatherings.this type of buttons can helps keep your hands free to wear it to various parties and gatherings.

To avoid over-formalizing this suit, patch pockets have been used, which has created a special and beautiful balance between the classic and modern modes of this product. These pockets are less formal than flap pockets and make the look of your suit more special.

In the sleeves of PARIS dark blue two-pieces single breasted suit, four buttons have been used and this seemingly small part has been designed with a lot of curiosity because if the number of buttons was less, it could have made the formal state of the suit less pale.

There are no reviews yet.

The delivery time is normally 2-3 working days from the time of the order. Please note that weekends and public holidays add to this delivery time be added. As soon as your order leaves our logistics center you will be notified by e-mail and receive a track & trace Code with which you can query the current status of your shipment at any time be able. The orders at fendo.ch are handled by the Swiss Post delivered and sent by PostPac Priority. As Fendo.ch you benefit from a free delivery. For orders without a registered customer profile (guest orders) we charge a delivery fee of CHF 9.00 per order.

Your ordered item does not fit? No problem. Ordered items can be returned within 14 days free of charge in a Fendo.ch or branch of your choice or in the Original packaging can be sent back to the address below. Please use the enclosed with each delivery for the return returns sticker. The costs for a return by post are at the expense of the customer.

Is something wrong or do you have your opinion?

Process your return online to our email address support@fendo.ch, send us yours Order Information and select the items you are exchanging want. Once your return has been processed at our warehouse, we will process your Exchange your order or give you the full purchase price with the Fendo Send gift card within 2-3 business days via the email you for used your purchase.

Exchange items will be sent to you within 2.3 working days after receipt g changed? They can be unworn, unmodified Exchange products within 14 days of delivery. Unfortunately, we currently do not offer free returns worldwide. sent to your return.

You can find more information about delivery and returns here.

If you have any further questions, our customer service will be happy to help you: